Skip to content
You are at:Home»Featured»How To Improve Your Critical Observation Skills 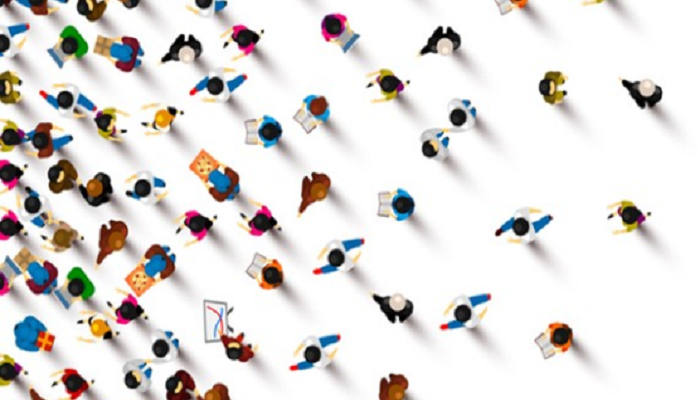 Channelling your inner Sherlock Holmes may bring results at work.

Critical observation is becoming an increasingly important skill in the modern workplace, as finance professionals are being called on to offer more interpretive analysis. The ability to catch subtle nuance in speech and situations deepens the strategic value one can bring to the job.

It sounds easy enough: paying attention to subtle details that might otherwise be missed, whether in others’ behaviour and appearance or in the situation around us. But critical observation is a real skill and one that requires practice.

Process-focused and hard-pressed financial professionals can sometimes underestimate the benefits of critical observation, a soft skill that can bring hard results. FM magazine spoke to several experts about how to hone this important proficiency and create an environment in which observation becomes easier.

Be curious. It may sound obvious, but the first key to observation of any sort is curiosity. Take an interest in the person you’re interacting with, and it’ll be easier to spot details that you might otherwise miss.

“CFOs can be very technical people, and make judgements, which is a good thing in most of their work,” says Hannah Azizollah, an occupational psychologist based in London. “But you also have to develop a different capacity — ‘I wonder why … ’. Natural curiosity doesn’t close things down too quickly and lets one thought bounce into another. It can take you to a very creative place.”

Sherlock Holmes could be seen as the archetype of an expert in critical observation, and Azizollah says that his approach has lessons for us all.

“He wasn’t just analysing what he was expecting to see, but was curious about tiny things that led him to something unexpected,” she says. It’s a skill that can be practised: watching others in a supermarket queue, watching friends together, or even watching group situations in films and television programmes.

Be more like Juror Eight. “The role model for good critical observation is Juror Number Eight — Henry Fonda — in the film 12 Angry Men,” says Stefan Stern, visiting professor in management practice at London’s Cass Business School. “Fonda’s character refuses to accept the view of the other 11 jurors that the accused is obviously guilty.”

Juror Eight notes details about the murder case in question that others have missed. Slowly the rest of the jury is won around as their reservations are overcome and they become convinced that minutiae point towards flaws in the evidence against the accused.

Scepticism and critical observation may not make you instantly popular, says Stern, and need to be rationed. But such thinking can also help management accountants and their businesses avoid a lot of unnecessary and damaging mistakes.

“I sometimes encourage my clients to go home and watch the film and analyse their observation skills,” she says. “It’s wonderful to watch what’s going on, who’s listening, and also what Juror Eight is doing that is so influential and persuasive.”

“It takes time and energy. Question what you are being told, dig deeper than surface-level impressions. Do not accept conventional wisdom or the myths and rumours which tend to circulate in businesses and organisations.”

Be a good attention manager. It’s hard to observe those around us, the subtle signals that they are sending, and other small details about the workplace and business in an era of so many competing demands on our attention. Learning to focus and remove distractions when necessary means more energy can be devoted to observation.

“When we talk about ‘time management’, we often really mean ‘attention management’,” says Stern. “Modern working life is filled with potential distractions, mainly technological ones. If you are sitting at a desk and have a landline, mobile, and a PC or laptop on, and keep a few social media channels open, there are probably at least ten ways in which someone can interrupt you at any moment with an instant message of some sort.”

“Good time managers are good attention managers. They know when to engage and when they can switch off or at least relax a little.”

Azizollah suggests that professionals should at least put their phones on silent when in meetings and that actively putting them out of sight may help all present pay closer attention and improve the quality of conversation.

She adds that learning to distinguish which communications need immediate and swift execution, and which require deeper thought and care, can be important to maintaining and developing working relationships. In some cases, financial professionals focus time on those senior to them in organisations while giving too little to others; deciding when to rebalance this is important.

See the bigger picture. Observing detail in people and their behaviour is all very well, but it is important to understand how that fits into the bigger picture in any organisation. Indeed, financial professionals are trained in detail in their own work, but often at a more senior level find that they also have broader roles in company management.

“You need to have great detail orientation, and observe critically, and notice small things,” says Ivana Vidaković, a Belgrade, Serbia-based clinical psychologist and senior consultant and project manager at ITO United Change, a consultancy focusing on the diagnostics, selection, and development of individuals, teams, and organisations. “But it’s also important to observe the wider picture, and how the small details fit into that. It’s important for financial professionals who are not just expected to be specialists in their own areas, but recognise the broader environment and build solutions with others.”

Azizollah says that an important part of observation is being on the same wavelength as the person that one is communicating with; otherwise, connections can be missed.

“With financial people who are steeped in detail, it is important to communicate both that detail and the bigger picture,” she says. “I’ve seen situations in which others have got bored, or haven’t understood what has been said, which is frustrating. It’s good to start with the gist, an overview, and then work through the detail. You can headline important points before you start a presentation or discussion.”

Feedback, feedback, feedback. In interactions with colleagues, financial professionals should regularly ask for feedback, and follow responses carefully. Azizollah recommends stating that one expects feedback on certain points at the start of a presentation or a discussion, to prime others to engage in the material, particularly if it is quite technical.

“I like to use feedback as a tool to encourage proactivity,” Vidaković says. “You can use feedback to expand awareness, improve social skills, and general effectiveness and impact. We encourage it a lot in development centres, and it can really help develop understanding.”

This process can be quite direct, Azizollah says. “I’d ask people as I’m talking to listen and reflect on what I’m saying, and that I’d like to hear what you’re thinking and feeling about what I’m saying,” she says. “It can be very challenging to ask people what they feel, but it flushes out issues, what people aren’t understanding. It’s a good way to get people to reveal their thoughts without having to focus on the subtleties of body language, which some people can’t read.”

Azizollah says that listening to and observing others through the process of giving and receiving feedback is “almost a physical skill” that can be “very connecting”.

On Monday, January 18th, our office is closed to honor Dr. Martin Luther King Jr. and his legacy. Let's commit today and every day to unite for love, justice, and equality. #MLKDay2021

We would like to commend our very own Dr. Reed Mick for his participation in the Board of Examiners and contributing to the success of the Malcolm Baldrige National Quality Award in 2020!